Your Data tells an Important Story.

Tell it the Right Way.

A global non-profit was gearing up for their Board of Directors Meeting and they needed to visually show census growth as it’s tied to funding and budget. It started with one metric and 50 spreadsheets, but the problem ran a little deeper.

Through analyzing business processes and systems, we pulled sources, normalized spreadsheets, created a common data vocabulary, and considered the UX as we developed different data visualizations.

Helped business users define their data story, see trends and insights, and get to decisions quicker (no more pulling spreadsheets).

YOUR DATA TELLS AN IMPORTANT STORY.
TELL IT THE RIGHT WAY.

They were having a hard time obtaining this one metric, because it could only be formulated by sifting through 50 spreadsheets. For their previous year board meeting, it took hours upon hours trying to get this one data point. The CIO had a clear understanding of the project, but we sensed there was a bigger problem.

He spoke of tons of reports that were disorganized: multiple data sources, varying excel spreadsheets, inconsistent fields, and different systems pulling different data irrespective of each other. They knew there were better tools, but budget was an issue. Instead, they were wasting many productive hours on generating just one report—they were not even clear on all the data points available to them. Something needed to change. They needed a way to visualize growth and share it out to the board to tell the story.

We partnered with the company and sought the answers to key questions. Was it just this one metric? Was this an ongoing need, or was it truly just to WOW during a presentation? Who would be using this report? What does the end report need to communicate? 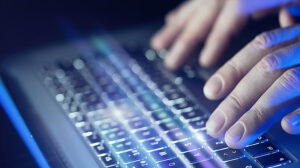 After understanding the problem and not just the project, we went to work building a Power BI report. Initially the organization just wanted one data source for this one event. After digging deeper and getting further into the work, we discovered this data was a critical need for one of the business users. Although the impression at this conference was forefront to their minds, this was an ongoing metric to track throughout the year.

We sought to solve the problem through analyzing business processes and systems. We consulted, pulled sources, normalized spreadsheets, created a common data vocabulary, and considered the user experience as we developed different data visualizations at the user level and the presentation level.

We created two different dashboards to show census growth. We resolved the data disorganization and transformed the numbers into an easy-to-understand, interactive data story.

One of the board members was so impressed with the organizations presentation that she wanted to see more than census growth. She wanted to understand how they could use business intelligence tools to show that the organization was making an impact in the world and succeeding in their mission.

So we dug in, started pulling other metrics, and started seeing what other stories we could tell. The result was a series of dynamic, interactive Power BI reports that the organization could customize to visualize data in the right setting with the right access. For example, we created dashboards that just had one visual per page—that would be suitable to present to a crowd. We also created reports with several connected metrics, so the business users could efficiently see trends, insights, and get to decisions quicker (no more pulling 50 spreadsheets).

All reports and dashboards were created with the user in mind. Design best practices using unique brand elements such as logos, fonts, and color pantones, let people easily digest the information they needed and start deriving insights. The organization eventually invested in an employee dedicated to work through all the new intelligence, insights, and reporting, and we trained that new team member to make sure it was easy and sustainable.

Your data tells a story. Make sure your company can create it, maintain it, learn from it, and tie it back to your core mission. Mind Over Machines will be your partner.

We resolved the data disorganization and transformed the numbers into an easy-to-understand, interactive data story.

From Spreadsheets to Advanced Reporting to Business Intelligence
January 7, 2020